Moving house from Manchester to the country

Migration of people from one place to another is a common phenomenon that existed, exists and will exist in each country. It is often due to economic issues and typical example is when people moving out from the rural areas to the Manchester city for business purposes. However, today we see a completely new trend. More and more enquires regarding Manchester house removals services come from people planning their move to the country.  We can ask why? For hundreds of years it was widely observed trend of moving the rural population to the city - so why it is the other way around now?

Reasons for moving to the countryside 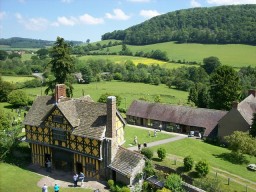 More and more people prefer peace and quiet what is harder to experience in big urban agglomerations like Greater Manchester. They run away from the smog, noise and urban stress. They leave their homes, apartments for the village, where they can enjoy peace and quiet that they couldn’t experience in the city. It should be noted that this applies mostly to retired people or those more wealthy, who can afford living in rural areas. Living in a large agglomeration, apart from stress, can cause chronic fatigue and even depression, since man is still exposed to the factors that can lead to a malfunction of the body, not only physical, but mostly mental. Smog polluting our bodies, noise having bad influence on all living organisms,  lack of sunlight caused by many skyscrapers and the lack of green areas (replaced by a whole palette of gray) - having such a mixture of negative factors more and more often Manchester residents decide to pack their house belongings and move to one of the surrounding villages. People moving from Manchester city to village to take a break from the noise, breathe fresh air, enjoy the sunshine and green areas. House prices are also cheaper in the country and very often people moving to the village moving from one bedroom house into large homes. A growing family is also one of the common reasons when people moving with children to the large houses to the country. 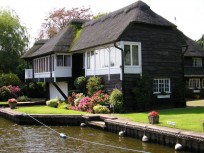 To sum up, living in countryside has some advantages and it can be a good alternative for city life but everyone of us should take into consideration both good and negative points while planning relocation from Manchester to the country. If you have already decided to leave the crowded city, you will need removal services offered by Manchester man and van firms and removal companies.